Are you thinking big? 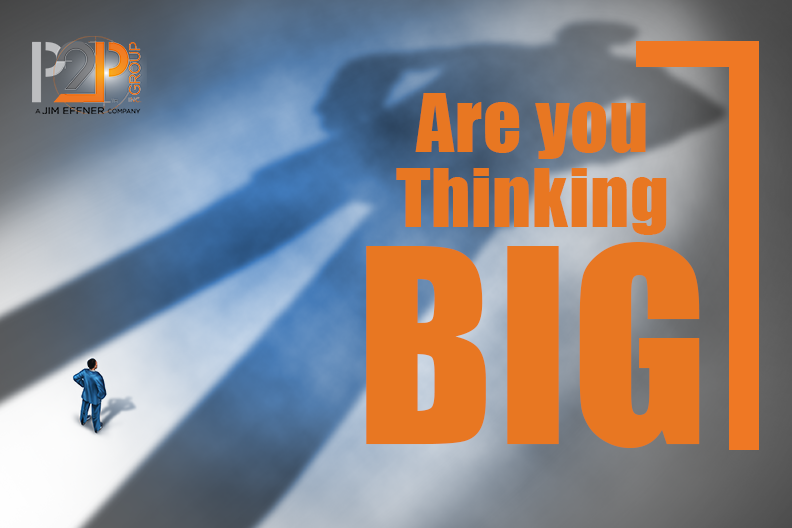 As we approach the end of this year, there’s no better time than now to spend some time in reflection and set your goals for the coming year.

Ever since my first year as an advisor, I always challenge myself to think big – and this year I want to challenge you to do the same. However, before you get started on this exercise, first you need to know what thinking big really means.

This is a topic that I talk a lot about in my workshops and training programs. Often times I ask the reps I’m working with to rate themselves on a scale of zero to ten. Ten means that you are tapping into your entire potential and zero means that you are nowhere close.

On average, most people give themselves a score somewhere around seven, a couple people will say eight. For the vast majority, I think that this shows that we are setting the bar too low.

What is the bar

Research shows that about the top 25% of financial advisors made over $160,490. On top of these salaries many advisors earned bonuses, so realistically you could assume the top five to ten percent are more likely earning between $200,000 - $300,000.

However, if you look at the top financial advisors in the U.S. who work with individual consumers and families, you’ll find an enormous gap. According to Forbes, the top advisor in the United States is Jeff Erdmann. He has $7.1 billion in assets with a typical household account of $36 million.

I feel fairly confident in saying that he made at least $25 million in net revenue. Are there a lot of advisors who are making this amount? No. But this is proof that it is possible.

With this in mind, on a scale of zero to ten in your one-mile run, you don’t give yourself a ten unless you’re setting the world record. Makes sense, right?

The same holds true for your career. If a financial advisor making $25 million sets the bar as a ten, then how is it justifiable that an advisor making $300,000 would give themselves an 8 or 9 rating?

Now, this brings up a whole another topic that I think is a sensitive one, which is that not everybody needs or wants to be that $25 million per year advisor. For some advisors, they’ll say it’s not important to them. But I think that hurts us to think that way.

There's a healthy balance between being happy with where you are in your life and what you aspire to be. If you feel that you never have enough, if you're never happy, if you're always looking for more and you never stop and smell the roses, life is pretty miserable.

It’s up to you to find the balance between feeling blessed and happy for what the good Lord gave you while simultaneously stay inspired and motivated to tap into your full potential. There’s an art to it.

But what becomes problematic is when reps immediately start thinking about all the things that they have to give up in order to reach their full potential.

I call that The Power of the AND versus the Tyranny of the OR. The “OR” is the bad one. In this mindset, you have to choose between the things you want in life. By choosing one, you miss out on the other.

On the other hand, there is The Power of the AND. Think about what your world would look like if you could figure out how to earn $25 million and be happily married, have an unbelievable relationship with your children, have unshakable faith, great friends, superb health, and lots of fun hobbies.

That's a well-balanced life and it is possible! But you have to believe it in order to achieve it.

That's a lot to think about, but the most important thing is that when you think about the bar you set for yourself, it should be a wakeup call.

Most people can only set the bar based on the environment they are in. The bar becomes whoever the best producer is at your office or that you’ve ever met. When you hear about this individual producer in Connecticut that makes $25 million, you say to yourself I never met that guy, I've never seen that guy, I don't believe it.

The art and challenge of thinking big is really getting out of your normal territory and believing in what is truly possible. My wish for you this coming year is to set your sights higher than ever before and think BIG! 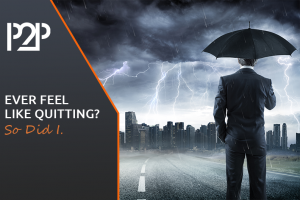 Feel Like Quitting Your Financial Advisor Career? Truth Is, So Did I. 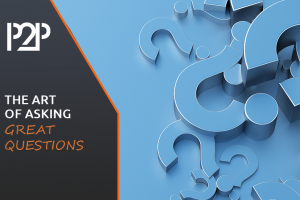 From Transactional To Transformational: The Art Of Asking Great Questions 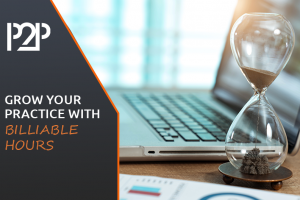 How to Grow Your Practice Using Billable Hours 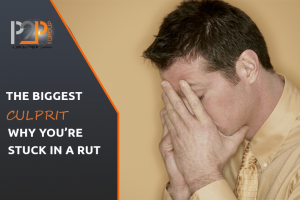 The Biggest Culprit: Why Am I Stuck In A Rut? 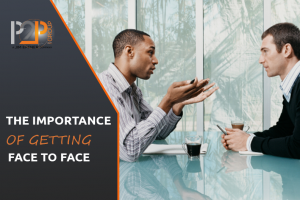 Face To Face: The Importance Of In-Person Meetings With Clients