The True Cost Of Saving Money And Planning

In many of my classes, I spend time on two important words: delayed gratification.

And when I teach it, people understand how that plays a role in almost all of life, especially in financial planning.

If you wanted to become a surgeon, think about how much life you have to give away for 12 -15 years of formal education after high school just to pursue this career.

If you wanted to become a professional athlete, think about all the food you’d have to give up in order to maintain a diet to perform at an elite level. Or, the dedication and grind of consistently working out, even on the days you don't really feel like doing it.

Now bring it back to financial planning.

If you're going to have the discipline to be able to put yourself in a situation where you have tremendous financial security, meaning you have financial peace of mind and serenity, you have to embrace delayed gratification for three or four decades. That’s not easy to do – and the statistics prove it.

According to a recent study by GoBankingRate.com, 58% of Americans have less than $1,000 in savings. A Bank Rate study found that 1 out of 5 Americans save nothing at all for retirement or emergencies. An additional 20% of Americans save 5% or less of their income.

The main reason cited for the lack of savings is expenses, but people are also willing to admit that not all of it is essential expenses. The same study found that the average American spends more than $2,900 a year on restaurant food, takeout meals, prepared drinks and lottery tickets.

That is why the role of a financial professional is so significant. People need help embracing delayed gratification. You're managing human behavior and people need to feel understood and to have an advocate in their corner guiding them on the right path. That means the Internet to me is not a complete financial planning solution. Never has been, never will be.

The Impact Of Delayed Gratification

When it comes time to think about the topic of saving money and planning, think about how delayed gratification plays out over the course of someone’s life.

There's not a lot of fun, toys, and extras because they're doing the right thing. This means maybe putting off buying the new car in favor for continuing to drive the high mileage one they already own. They’re sacrificing drinks and a night out to make sure they are saving money. They’re trading an expensive vacation for one that’s more affordable, although maybe less glamorous.

In today’s age of social media, this has become even tougher to do. Posts online are usually people’s highlights – the vacations, fancy dinners, concerts and other events. It’s amplified the Fear Of Missing Out and the desire to keep up with the perception of other’s lifestyle. It’s become more important than ever to have a plan and a partner to stay on the right path.

Now, compare the previously mentioned saver to the more typical American right out of undergrad. Anything they want, they're buying. They're not only spending all of the money they're making; they’re spending more than they are making. They’re racking up the credit card debt. When one credit card fills up, they open up a second one.

Business Insider reports a study that more than 40% of all U.S. households carry credit card debt, with an average balance of $5,700. It gets worse because when you exclude the households who pay their balance in full every month, the average debt is actually $9,333.

For the individuals who are spending money and not worried during the first 10 or 15 years of their adulthood, life is good! They’re taking trips that they've never dreamed of before. They have the toys that they've always wanted. That person's life compared to the savers is way more fun!

But as time continues to tick by, the situations begin to flip.

Now, the saver gets into their 40s and into their 50s, and all of a sudden, because they've embraced delayed gratification, they've saved money, they've done things the right way, money begins to be almost a non-issue in their life.

There’s not much stress about money. They might have other issues that they couldn't control that cause stress, but money is not a problem. Money is not causing anxiety or marriage problems. Through the art of that delayed gratification, slowly but surely over time, they’ve put themselves in a situation where they're totally worry-free as it relates to money.

Now, consider the spender who had all that fun, who got everything quickly in their life. Now, all of a sudden, they start to realize the trials, tribulations, fears and anxiety from the years of not embracing the right choices and behavior. Money becomes a huge worry and a source of stress and anxiety.

But it didn't get felt until multiple decades after they had all the fun.

That's why the role of a financial professional is important. It’s your job to help clients see the future that they are creating sooner and to help clients understand that saving isn’t easy, but it's the right thing to do. 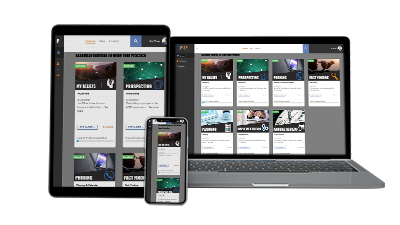 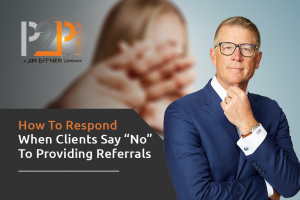 How To Respond When Clients Say “No” To Providing Referrals 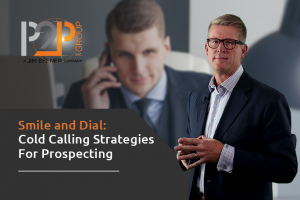 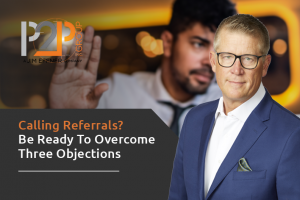 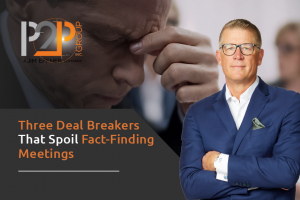 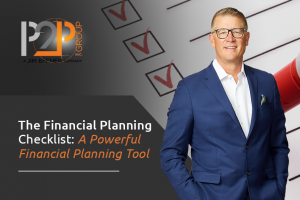